A number of basic accounting principles have been developed through common usage. They form the basis upon which the complete suite of accounting standards have been built. The best-known of these principles are as follows:

This is the concept that accounting transactions should be recorded in the accounting periods when they actually occur, rather than in the periods when there are cash flows associated with them. This is the foundation of the accrual basis of accounting. It is important for the construction of financial statements that show what happened in an accounting period, rather than being artificially delayed or accelerated by the associated cash flows. For example, if you ignored the accrual principle, you would record an expense only when you paid for it, which might incorporate a lengthy delay caused by the payment terms for the associated supplier invoice.

This is the concept that you should record expenses and liabilities as soon as possible, but to record revenues and assets only when you are sure that they will occur. This introduces a conservative slant to the financial statements that may yield lower reported profits, since revenue and asset recognition may be delayed for some time. Conversely, this principle tends to encourage the recordation of losses earlier, rather than later. This concept can be taken too far, where a business persistently misstates its results to be worse than is realistically the case.

The basic accounting principle of conservatism leads accountants to anticipate or disclose losses, but it does not allow a similar action for gains. For example, potential losses from lawsuits will be reported on the financial statements or in the notes, but potential gains will not be reported. Also, an accountant may write inventory down to an amount that is lower than the original cost but will not write inventory up to an amount higher than the original cost.

This is the concept that, once you adopt an accounting principle or method, you should continue to use it until a demonstrably better principle or method comes along. Not following the consistency principle means that a business could continually jump between different accounting treatments of its transactions that make its long-term financial results extremely difficult to discern.

This is the concept that a business should only record its assets, liabilities, and equity investments at its original purchase costs. This principle is becoming less valid, as a host of accounting standards are heading in the direction of adjusting assets and liabilities to their fair values.

From an accountant’s point of view, the term “cost” refers to the amount spent (cash or the cash equivalent) when an item was originally obtained, whether that purchase happened last year or thirty years ago. For this reason, the amounts shown on financial statements are referred to as historical cost amounts.

Because of this accounting principle asset amounts are not adjusted upward for inflation. In fact, as a general rule, asset amounts are not adjusted to reflect any increase in value. Hence, an asset amount does not reflect the amount of money a company would receive if it were to sell the asset at today’s market value. (An exception is certain investments in stocks and bonds that are actively traded on a stock exchange.) If you want to know the current value of a company’s long-term assets, you will not get this information from a company’s financial statements–you need to look elsewhere, perhaps to a third-party appraiser.

This is the concept that the transactions of a business should be kept separate from those of its owners and other businesses. This prevents the intermingling of assets and liabilities among multiple entities, which can cause considerable difficulties when the financial statements of a fledgling business are first audited.

This is the concept that you should include in or alongside the financial statements of business all of the information that may impact a reader’s understanding of those statements. The accounting standards have greatly amplified this concept in specifying an enormous number of informational disclosures.

As an example, let’s say a company is named in a lawsuit that demands a significant amount of money. When the financial statements are prepared, it is not clear whether the company will be able to defend itself or whether it might lose the lawsuit. As a result of these conditions and because of the full disclosure principle, the lawsuit will be described in the notes to the financial statements.

A company usually lists its significant accounting policies as the first note to its financial statements.

This is the concept that a business will remain in operation for the foreseeable future. This means that you would be justified in deferring the recognition of some expenses, such as depreciation, until later periods. Otherwise, you would have to recognize all expenses at once and not defer any of them.

This accounting principle assumes that a company will continue to exist long enough to carry out its objectives and commitments and will not liquidate in the foreseeable future. If the company’s financial situation is such that the accountant believes the company will not be able to continue on, the accountant is required to disclose this assessment.

The going concern principle allows the company to defer some of its prepaid expenses until future accounting periods.

This accounting principle requires companies to use the accrual basis of accounting. The matching principle requires that expenses be matched with revenues. For example, sales commissions expense should be reported in the period when the sales were made (and not reported in the period when the commissions were paid). Wages to employees are reported as an expense in the week when the employees worked and not in the week when the employees are paid. If a company agrees to give its employees 1% of its 2019 revenues as a bonus on January 15, 2020, the company should report the bonus as an expense in 2019 and the amount unpaid at December 31, 2019 as a liability. (The expense is occurring as the sales are occurring.)

Because we cannot measure the future economic benefit of things such as advertisements (and thereby we cannot match the ad expense with related future revenues), the accountant charges the ad amount to expense in the period that the ad is run.

The accounting data should consistently stay accurate and be free of personal opinions. Make sure the data is also supported by evidence that can include vouchers, receipts, and invoices. Having an objective viewpoint, in this case, helps rely on financial results. For example, your viewpoint may not be objective if you once worked for the same company that you are now an auditor for because your relationship with this client might skew your work.

This is the concept that you should record a transaction in the accounting records if not doing so might have altered the decision making the process of someone reading the company’s financial statements. This is quite a vague concept that is difficult to quantify, which has led some of the more picayune controllers to record even the smallest transactions.

An example of an obviously immaterial item is the purchase of a $150 printer by a highly profitable multi-million dollar company. Because the printer will be used for five years, the matching principle directs the accountant to expense the cost over the five-year period. The materiality guideline allows this company to violate the matching principle and to expense the entire cost of $150 in the year it is purchased. The justification is that no one would consider it misleading if $150 is expensed in the first year instead of $30 being expensed in each of the five years that it is used.

Because of materiality, financial statements usually show amounts rounded to the nearest dollar, to the nearest thousand, or the nearest million dollars depending on the size of the company.

This is the concept that a business should only record transactions that can be stated in terms of a unit of currency. Thus, it is easy enough to record the purchase of a fixed asset, since it was bought for a specific price, whereas the value of the quality control system of a business is not recorded. This concept keeps a business from engaging in an excessive level of estimation in deriving the value of its assets and liabilities.

Because of this basic accounting principle, it is assumed that the dollar’s purchasing power has not changed over time; as result accountants ignore the effect of inflation on recorded amounts. For example, dollars from a 1960 transaction are combined (or shown) with dollars from a 2019 transaction.

This is the concept that only those transactions that can be proven should be recorded. For example, a supplier invoice is a solid evidence that an expense has been recorded. This concept is of prime interest to auditors, who are constantly in search of the evidence supporting transactions.

This is the concept that you should only recognize revenue when the business has substantially completed the earnings process. So many people have skirted around the fringes of this concept to commit reporting fraud that a variety of standard-setting bodies have developed a massive amount of information about what constitutes proper revenue recognition.

Under the accrual basis of accounting (as opposed to the cash basis of accounting), revenues are recognized as soon as a product has been sold or a service has been performed, regardless of when the money is actually received. Under this basic accounting principle, a company could earn and report $20,000 of revenue in its first month of operation but receive $0 in actual cash in that month.

This is the concept that a business should report the results of its operations over a standard period of time. This may qualify as the most glaringly obvious of all accounting principles but is intended to create a standard set of comparable periods, which is useful for trend analysis.

These principles are incorporated into a number of accounting frameworks, from which accounting standards govern the treatment and reporting of business transactions.

Any business needs to have basic accounting principles in mind to ensure the most accurate financial position. Your clients and stakeholders maintain trust within your company, so recording reliable and certified information is key. 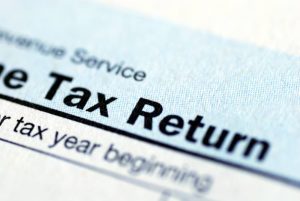